WWV has managed Deer Park Wood under licence from West Oxfordshire District Council for over ten years. We have (2020) signed a new ten year agreement, but did not realise that Oxford Products (which is expanding a factory to the W of the wood) had purchased a thin triangle of land on the SW border of the wood in 2015. 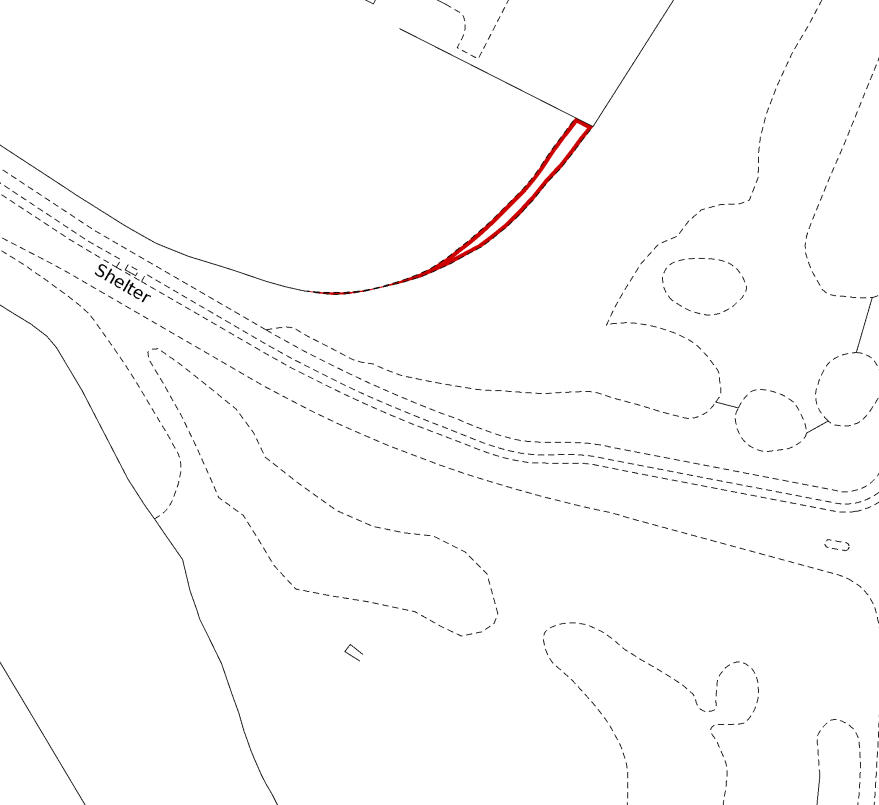 The fence around the wood remained in position to the W of this sliver, and so did not delineate WODC land.  We have not intervened in this area:  our licence from WODC indicates a zone 5 metres inside the WODC land boundary, and we have been keen to take advantage of its scrub undergrowth as visual screening.

We were shocked to discover on December 1st that contractors had used a flail mulcher of the type illustrated below to reach over the DPW fence to destroy a 66+ metre strip of woodland. We believe this is in excess of the tapering triangle shown on the map above. 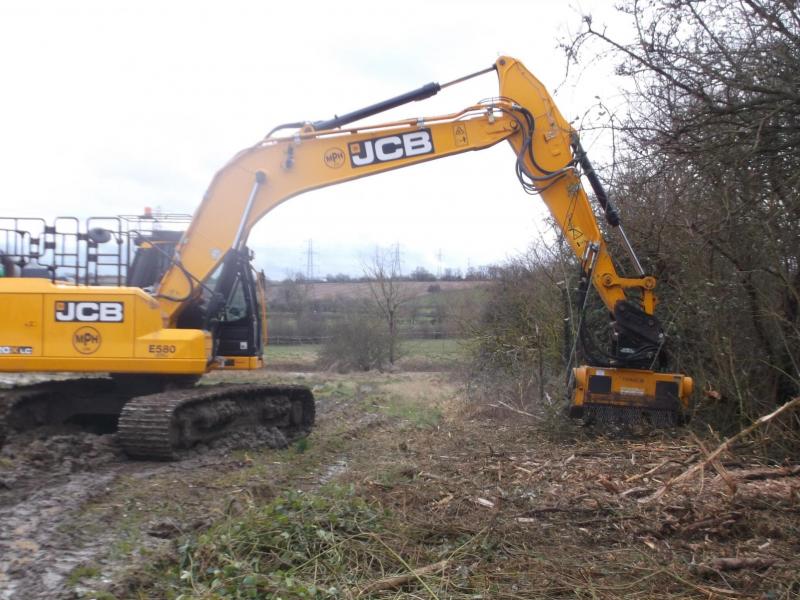 On December 9th, we wrote to the company, and received an assurance that they would take up the issue with their contractors. We have heard nothing since. The original fence has now been removed, and a temporary fence has been erected to the west, taking in most of the destroyed area. On December 12th, Gary Douglas, who is a CAA registered drone operator, took some video of the area in question.

The original fence post holes can be seen in this video.

The image below shows the view looking N from the destroyed area, which shows as a parallel light swathe. 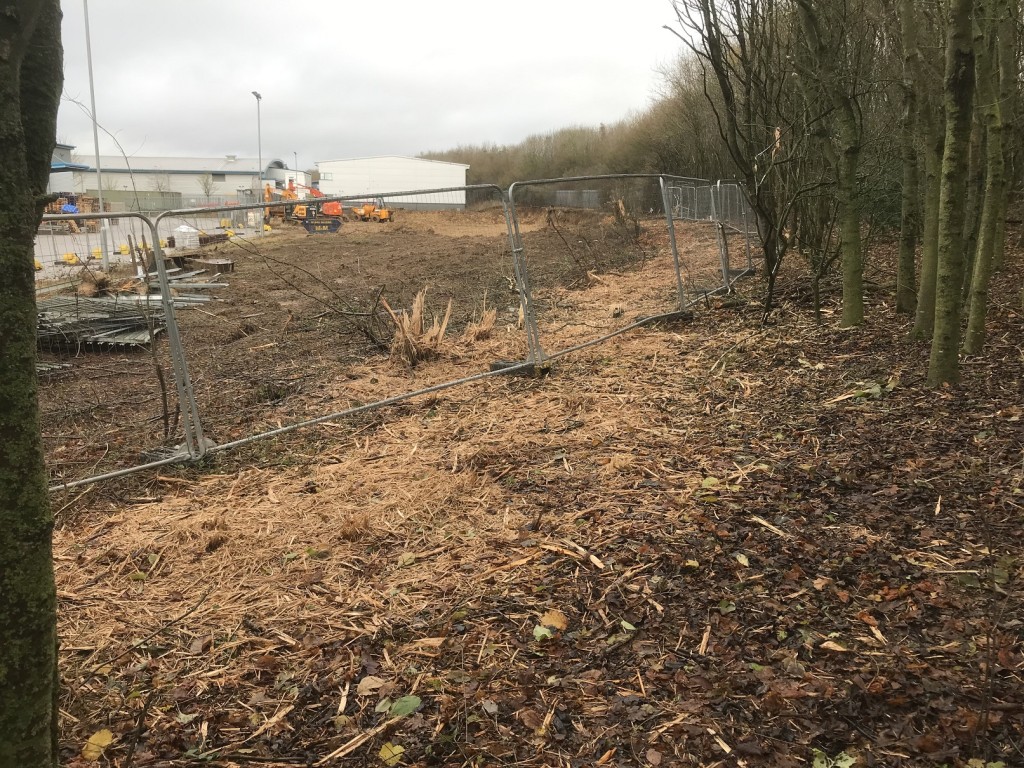 The operation also damaged trees on the edge of the cut, and we spent two work sessions removing some of these which might be unsafe, including one approximately 30 foot high. The area was subsequently inspected by a WODC tree officer and judged to present no hazard. There remain several more minor examples of flail damage, as illustrated below. 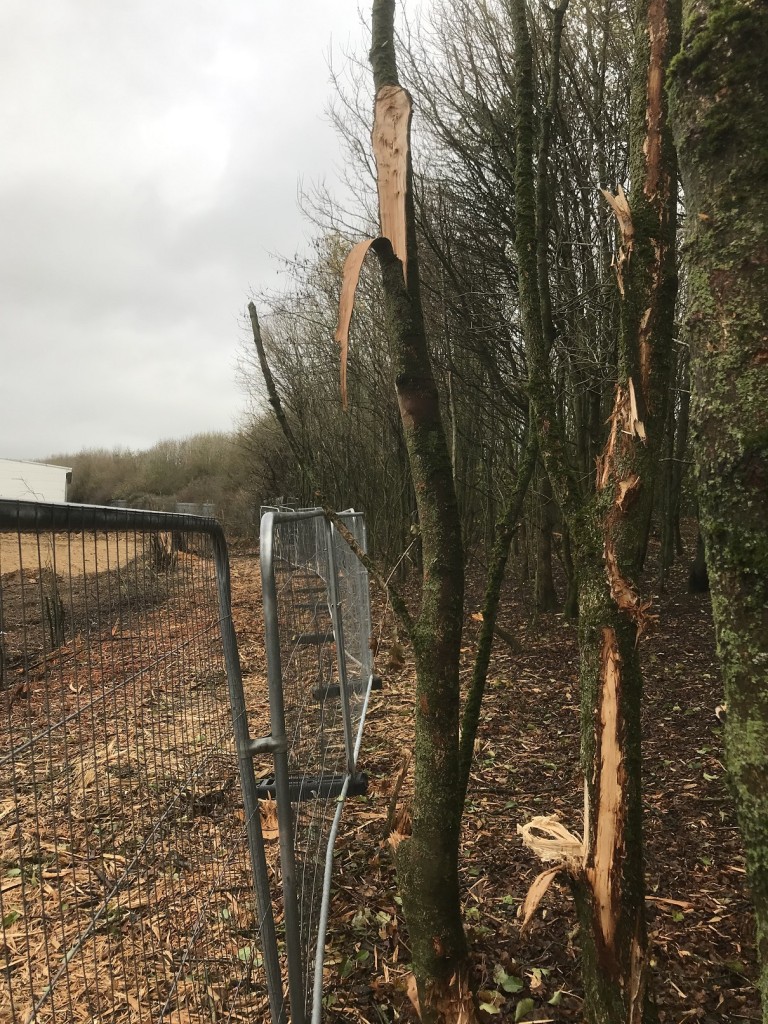 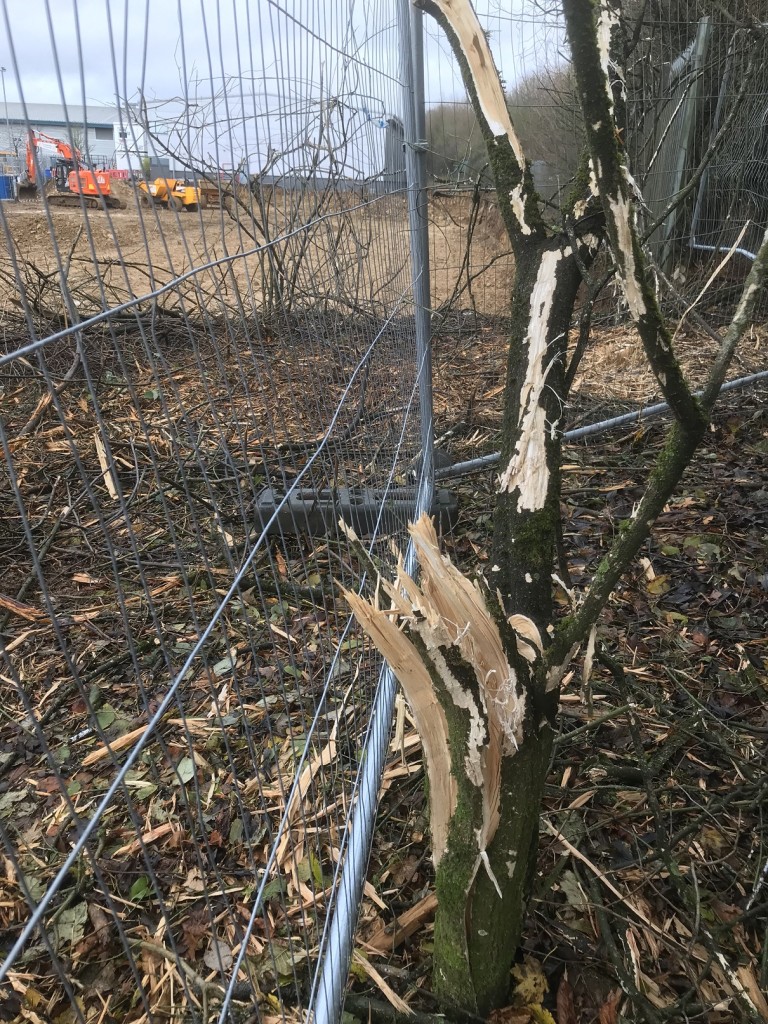 We are left with an area of vegetation which has been destroyed by the contractor.

The operation has led to a reduction of the visual screening of the industrial estate. We had deliberately left the W boundary of the wood as thick scrub, but the image below taken on December 6th, before the removal of the original fence, shows that the view from the SW woodland path is now much more open. 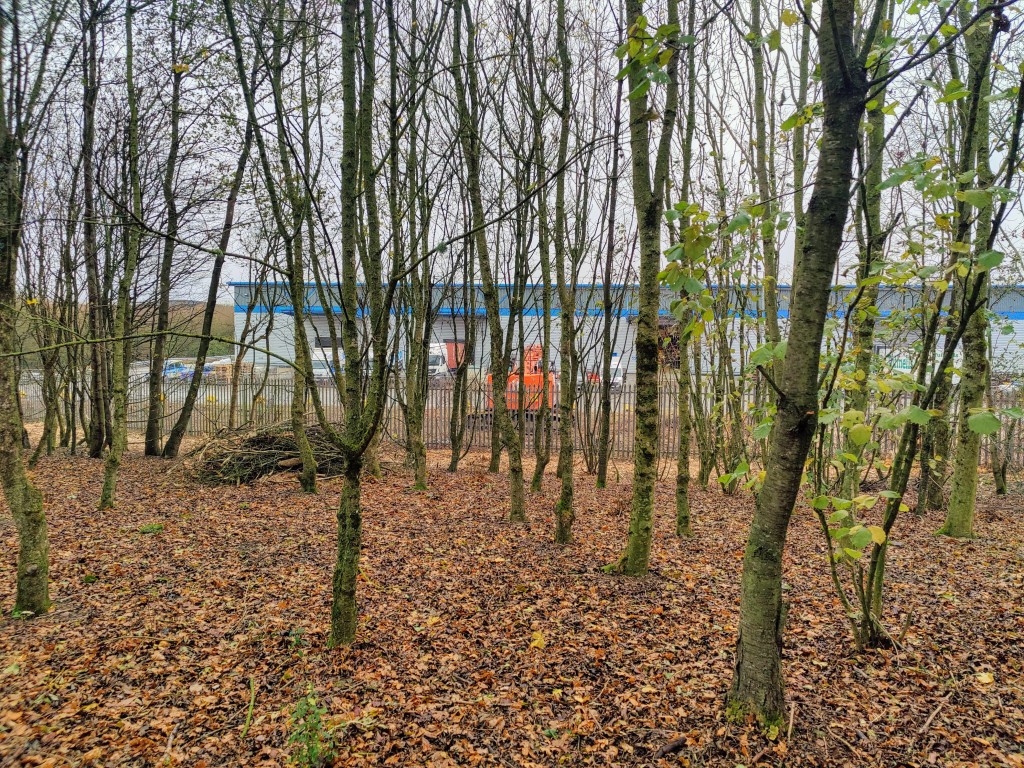 We will ask Oxford Products to reinstate as much screening as possible when the new boundary fence when installed.

Our thanks to Gary Douglas for images and video above.

This page will be updated as the work progresses.

Looking N along the original fence line – approximate line of removed fence to the N of the dogleg shown in green: 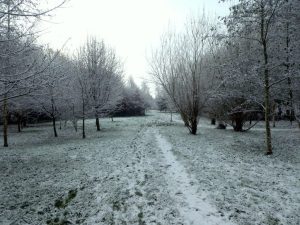 2022 Autumn video of the wood from Gary Douglas

We are grateful to Gary for his expert recording of the wood:

“I like the teamwork aspect - it's very satisfying to see the difference we can make together in just a two-hour session.
I see this time as an 'outdoor gym' which has the bonus of contributing to the quality of our environment.
It's a friendly and creative group with a wide range of skills, and I learn something about the living world every week."

- quote from a WWV member.

We appreciate grant aid from: